So, how do I develop these great habits? My father. The best example was right in front of me. So, I decided that I’m going to spend an entire day with him. I want to see how his day is panned out. I’ve gone to shoots with him before. We’ve spent so much time together. I was never really conscious of it. I was laid back and relaxed. But this time, I want to notice, see how his day goes, what his habits are, what makes him so great. He’s my role model. He’s my idol.

So I thought I’d follow him around for a day. Dad always wakes up at 6 in the morning. No matter how late he sleeps, he’s up by 6. So, I wake up along with him. There’s a beautiful roof garden attached to dad’s bedroom. He did some simple stretches and a walk as soon as he woke up.

I noticed and tried to do a few stretches myself. After his walk, he comes down, reads his newspaper and has one cup of coffee. Only one cup of coffee, okay? After that, he gets ready. Then, he just prays. Like a simple prayer to God. And then he sits for breakfast.

His breakfast is pretty simple as well. Homemade. Mom and grandma would make everything from scratch. Even the chutneys. No sauces or packeted foods. He’d eat idli, moong dal dosa, etc. That day he had idli. Fresh chutney and sambar on the side. It was good breakfast. Post that…Early in the morning…Believe me or not…3-4 buses arrive every single day from Tirupati.

People travel from Andhra to Tirupati. They visit the Balaji temple, get their heads shaved and then they come home to see my dad. There were like 200 people every single day outside my house, waiting to see my dad. They’ll just be waiting downstairs. Dad goes and greets all of them. You should see the joy on his face. It’s equal to the joy you see on the fans’ faces. He gets so much joy from waving at everyone. It’s such a joyous moment, you know. He never takes his stardom for granted. He’s so simple and humble.

He greeted everyone. Then came in and finished his makeup. He then headed out to shoot. I also hopped into the car. And then, we went to the location. That day, shooting was in VGP. It’s my favourite place. Dad plans his shoots over there at least 10-12 days in a month. And if it’s the weekend, you’ll definitely find him there so that we could visit him on sets. And luckily, he was shooting a song that day in VGP.

So we reached the shooting spot. I saw Jayapradha was there. She was the heroine. I really like her. She’s so much fun. So, we were at the location. As soon as dad walked in to the set it was pin drop silence. Everybody stood up. From the cameraman to the dance master, Jayapradha…All of them came and greeted him. He reciprocated the same warmth.

And then, everybody went back to work. But the first few minutes, his persona was so strong that everyone was just mesmerized. The shooting began. He sat with Paruchuri uncle during the break. They were discussing some script regarding his forthcoming movie. After that script session, he got called for his shot.

He had some complicated dance moves with Jayapradha. He did it. And when he had a break, he was rehearsing for the next shot. He had the interest of a debutante. It was so amazing. He never took his stardom for granted.

After that, it was lunch break. When we sat down for lunch the Production team served a huge platter. The resort people had a menu including all types of dishes possible. But, dad didn’t eat any of it. He got food from home. Had it served. He only had homemade food. I also ate only home food.

Post lunch, I ordered caramel custard for myself. Dad didn’t even look at it. He just does not eat sweets. So, point to be noted. Anyway, post lunch, he took a 15 minute break. At that time, I was hanging out with Jayapradha. She’s so much fun! He was back again after those 15 minutes. Full of energy! And then he got back to shoot. And, I was watching him. His day is so interesting that no two days are alike, you know. So much excitement! So much movement!

After college, I had started slogging all day. Lack of movement in my life at that time made me realize its importance. And dad’s job didn’t have any sitting around. There was continuous movement and activity. Song shoot resumed again. He was shooting and then, he had tea break at 4.

I ordered cutlets again. And some juice to go with it. Dad didn’t even have snacks again. He just had some nice, big glass of water. And he was fine. Shooting resumed again. After pack up we went to his office in Padmalaya.

When we reached, the entire office was filled with people – Actors, Producers, Directors, Few commoners…And he greeted all of them. Then there were some people who just needed his help. It could be for a role or some money. He greeted and helped each one of them.

Then we walked into his personal cabin. Only his close friends were allowed. Dad was chatting with his friends and tiffin was served. They got moong dal dosa and upma from Andhra Club. So for dad, friends are a great part of his day. He sat with them, spent some quality time and had some of that moong dal dosa. But he ate very little. And I’m sure he ate just to give them company. Just to share that with them, is what I feel. Because it was a very small portion.

He then headed out for dubbing. I was already drained out by then. I started yawning. Anyway, I went home and dad proceeded for dubbing. Dad came home from dubbing after 2 hours. As soon as he did, he jumped in the shower. Then we all sat for dinner. And again, simple, beautiful home food. He wasn’t restricting himself portion wise. He had a satisfying meal with curries, ghee and rice. We were also eating alongside him. He eats curd after every meal.

Broth and curd are his staples. And he likes mango pickle with his curd. When he wanted curd, my sister Bulli got excited to serve. She served curd and a whole lot of salt. She didn’t know better. She was really young. So, she added a whole lot. Mom said, ‘Hey! Why did you add so much salt?’ She was going to get dad another plate, but he refused. He said, ‘She’ll feel bad’. He mixed the salt in the curd and ate the whole thing.

I was like, how did he do it? I mean, he was so amazing! He didn’t want to hurt that little one. He ate all that salty stuff. And he was enjoying it, I don’t know. I mean, what an amazing person. Anyway, after we were done eating we were going to bed and then there was a power cut. And it was pretty hot in Madras.

Mom and dad to the corners. All of us in the middle. Just watching the stars and sleeping on the terrace. There was fresh air. It was such a beautiful moment. I know what you’re thinking. What is the connection between this and weight loss? There’s a lot, trust me.

The reason I’m telling you all this is it is really important that you inculcate great habits. Weight loss can’t be achieved only through dieting and exercise or just by pertaining to the body. It is all about the overall being, the overall health. A person can’t just diet strictly, exercise and eat so little.

They can’t count their calories every day. It doesn’t work like that. If we go on such strict diets, we will always bounce back. We can’t maintain that. And the biggest thing that I learned from my dad is it’s not about weight loss or being thin. It’s about being healthy. It’s about being an overall healthy human being. And, being a great person.

Then automatically, your health and weight will fall in place. You will have your ideal weight. That’s the bonus. It’s a by product. Your weight will be maintained irrespective of it. My dad made me realize that. It’s about planning your day. He’s such a great man. It was like, he had a great purpose in life. His passion, his work. He enjoys his job.

No two days in his life are the same. Every day is different and exciting. Dancing, meeting different people, different locations. He was really fulfilled. His purpose and passion were his work. On top of that, he wasn’t someone who was giving importance only to work. No! His friends were a big part of his day. His family, spending time with his children. He’d take us to shoots. We’d have dinners together.

He’d spend a lot of time with us, you know. He’d also make time to take care of his body. He’d start his day with movement. Eat the kind of food that’s healthy for your body. He was taking care of all the areas in his life. He was balancing all the categories. Like work, relationships…his body, his workouts…his movement, his food…and kindness, you know…

He’d have so much gratitude every time he’d meet his fans. Whenever somebody was in need, he’d show compassion. He was such a well rounded human being. I was just bowled over. The realization that hit me that day…I learned what a great person he was. Him being my father is the biggest blessing for me.

It’ll be a shame if I don’t follow at least 10 percent of it. I’ll be the greatest person if I manage to be at least 10 percent of what he is. So, I’ve learned a lot from that day. When I noticed how dad’s day went I saw that he only did simple exercises. Like walking and stretches. But, there was a lot of movement throughout the day. And he was eating simple, good home food.

What I realized was you don’t have to gym for hours on end, run marathons or go on strict diets. You can eat your favorite food and have lots of movement throughout the day. Your body will take care of itself. Dad didn’t hit the gym every day. Neither did he run marathons. He only did simple stretches and walking. That’s all. But the trick is, he had lots of movement throughout the day. He ate simple homemade meals. That’s the trick. That’s his mantra.

Tips to effectively work from home

Get FREE Access to My 10 Simple and Powerful Health Mantras 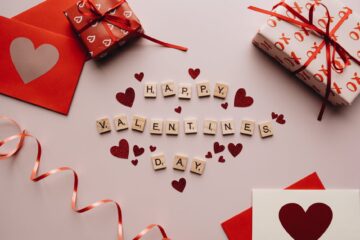 Hi!February. The Month of Love. Finally, the big day is here. Valentine’s Day. Love is in the air. This day should be celebrated. Love, it’s the essence of life. Loving someone and being loved back Read more… 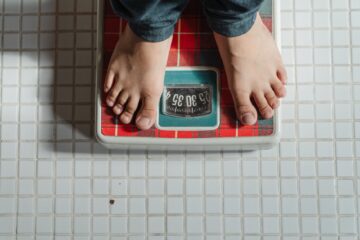 This is a conversation between Sandhya and me on targeted weight loss I:Sandhya…Sandhya(S): Hello. Oh, my god! I didn’t know this was one on one.I thought it would be a group session. I:No. I wanted Read more… 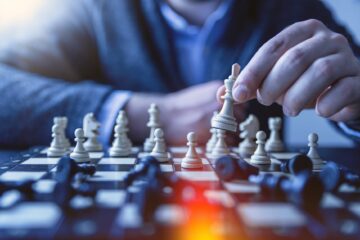 How to avoid making wrong choices?

This is a conversation between Sushma and me on wrong choices. Sushma(S):Next question that I had is…Sometimes, when we make the wrong choices…because of some reasons, you skip your workout or diet and you have Read more…